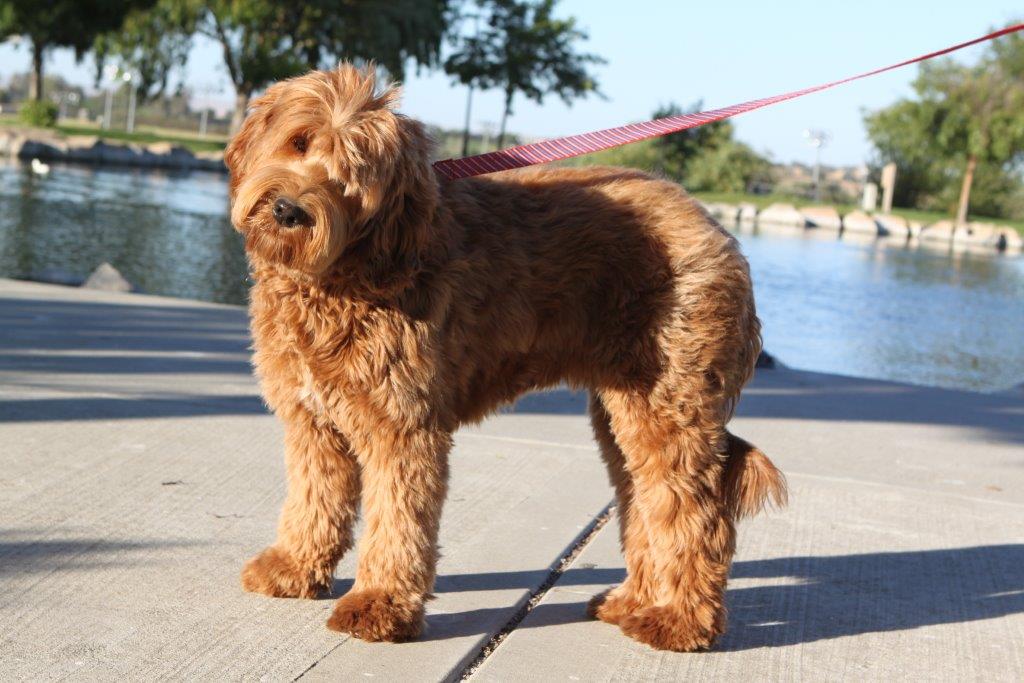 Both Ninia and Biscuit are from our own Dora’s first litter with Pine State Grand Slam, “Farley”, a beautiful, solid structured, enthusiastic boy from Maine owned by Country Labradoodles. Dora is the granddaughter of one of the most well known legendary Australian Labradoodles of our Breed, Rutlands Lil Brett. Lil Brett was imported into the USA from Australia in 2002 by aAprina Labradoodles. Dora’s sires side of the family is equally notable. Her grandsire is the legendary Sunset Hills Tempt N Charm, aka Charlie. Country Labradoodles imported Charlie into the USA from Australia in 2008. If you are interested in bloodlines, Ninia has them in spades. She has ofcourse passed all her health testing.

Hmm, what to say about Ninia….well, she was a very small puppy and stole my heart when the litter was days old. I kept her by my side, not necessarily to keep her as a breeding dog but to be sure she was okay. As she grew, she turned into a puppy I could not part with. Lucky for me, she also has the wonderful, stocky, solid boned confirmation and square head I hope to breed for. Her beautiful red, wavy fleece coat has people constantly stopping me on the street we are out together. She has a strong sense of self and is a confident dog. I was very lucky the puppy who I fell for turned into a dog I can’t wait to breed as she will produce wonderful puppies!